The company reported profitability and cash generation levels similar to those of the pre-COVID period in the first quarter. Particularly noteworthy was the improvement in the EBITA margin up to 6.3% and the operating cash flow generation with EUR 22 million at the end of the quarter. 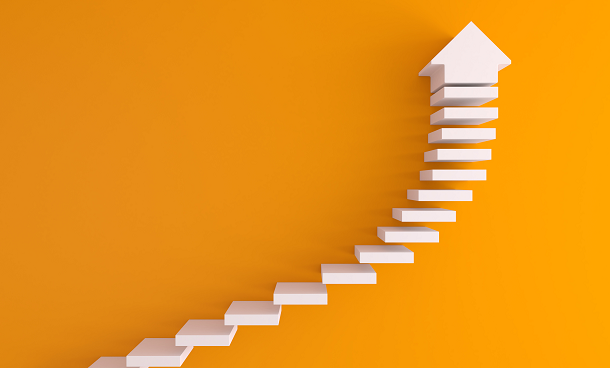 Madrid, 6 May 2021.- Prosegur has released its results for the first quarter of 2021, which highlight the return to levels similar to those prior to the start of the pandemic, both in terms of profitability and cash generation. Sales, which have reached EUR 803 million, 19.2% less than in the first three months of the previous year, reflect the impact of the COVID-19 pandemic and the negative exchange rate. As in previous quarters, the revenue figure already accounts for the sale of the Security business in France and the sale of 50% of the Alarms business in Spain.

With regard to sales performance by region, Latin America continues to report positive growth in local currency, increasing by 3.5%, which once again highlights the strong resilience of the business in this region. In Europe, the hard lockdowns that have been imposed have had a greater impact. Operations in the rest of the world also reflect the impact of the health crisis as well as the strong competitive pressure in some markets.

As regards the profitability of operations, the EBITA margin improved to 6.3%. EBITA reached EUR 50m from January to March, down 5.7%. Net profit stood at EUR 20m in 2021, up 4.9% on the first quarter of 2020, and consolidated net profits, excluding minority interests, of EUR 17 million, up 47.9%. A result that shows the positive evolution of the protection measures implemented by the company.

Prosegur continues to significantly improve its operating cash flow generation, boosted by the efficiency in collections and the containment in spending. Thus, the operating cash flow reached EUR 22 million at the end of the period, similar to pre-covid levels, and represents an EBITDA to cash conversion ratio of 28.2%, after normalising the impact of IAS 16.

Net financial debt at the end of the first quarter reached EUR 955 million. A slight increase due to dividend payment, inorganic growth operations and the share buyback programme. The level of indebtedness reached a net financial debt to EBITDA ratio of 2.6x. This one-off increase in indebtedness is mainly due to the temporary deterioration in earnings and the unfavourable exchange rate. In any case, the average cost of corporate debt was 1.12% lower than in the first quarter of the previous year.

As for the evolution of activity by business lines:

Prosegur Security
Prosegur Security, the guarding and technology business, reported sales of EUR 406 million, 20.8% less than in the same period last year. Sales of this business unit have been significantly impacted by the reduction in economic activity of customers due to the pandemic. However, the growth in sales of integrated security solutions, which already account for 36%, is worth highlighting. In this segment, Prosegur Security is increasing the penetration of Safety and Business Continuity solutions, areas that are being very well received by markets such as Spain, the United States and Singapore.

With regard to the profitability of operations, Prosegur Security has significantly improved its margins as a result of the increase in revenue from higher value-added services, the less profitable customers that have left and the job keeping programs developed in the United States. As a result, Prosegur Security has increased its EBITA by 75% and has reported an EBITA margin which has increased from 1.6% up to 3.4%.

Prosegur Alarms
Prosegur Alarms, the residential and business alarms unit, reported sales of EUR 48 million in the first quarter of 2021, 22.5% less than in the first quarter of 2020. The reduction in turnover is mainly due to the deconsolidation of Spain and the negative exchange rate in Latin America. However, the unit again reported positive organic growth of 20.2%.

It should be noted that the recovery trend shown in the last months of 2020 continues. In Spain, Movistar Prosegur Alarms added 17,000 net connections in the period and, in all the geographies where this business unit operates, the Total Connections Base now exceeds 620,000.

Prosegur Cash
Prosegur Cash, the cash-in-transit subsidiary, reported sales of EUR 345 million in the first three months of 2021, down by 16.8% compared with the first quarter of the previous year. Revenues in local currency remained stable, although the pandemic continues to have a significant impact on operations. Turnover, as in previous periods, continues to show the negative translational impact of currencies, especially in emerging markets.

On the other hand, New Products continue to evolve favourably, increasing their relative weight in Prosegur Cash’s total turnover. Sales of New Products reached EUR 76 million in the first three months and now account for 22.1% of total revenues.

With regard to the new business units, Prosegur AVOS and Cipher, reported sales of EUR 16 million and EUR 3 million respectively in the first quarter of 2021. Both business lines are displaying a high rate of growth and excellent profitability parameters.

Finally, it should be noted that, at the last Board of Directors' meeting, Prosegur approved its Sustainability Master Plan. This plan is structured in four main areas of action: Ethics, Transparency and Governance; People; Safe Working and the Environment. Altogether there are 63 specific initiatives for which the company has defined a series of detailed indicators in order to measure their impact and evolution. With this action programme, Prosegur demonstrates its commitment to the process of transformation towards a sustainable global society in line with the United Nations Sustainable Development Goals.