Effective, affordable and more powerful: a new generation of robots

Driven by the discretionary use of artificial intelligence, data processing and the internet of things, next-generation field robots are capable of performing increasingly specific tasks, and doing so with a level of precision, effectiveness and finesse that seemed impossible until only recently. A keynote speaker at the most recent Santa Clara Design Con, held in the Californian city last April. At a gathering of leading academics and top executives from multinationals such as Hewlett Packard, Paul D. Franzon, director of the Computer Engineering programme at North Carolina State University, said that we are entering the final phase of the "full democratisation of robotics".

Franzon pointed towards the new generation cropping up in recent years of "ever simpler, cheaper and more effective" robots, focused on very specific tasks that they can perform to perfection, with a very high degree of specialisation and fine psychomotor skills. Robot waiters serve tables at fully automated cafeterias, mechanical labourers work the harvest on farms in California, Australia, Canada or the United Kingdom, olfactory robots distinguish good whiskeys from mediocre ones, and android gardeners toil the land equipped with innovative surface mapping systems.

These masterpieces of applied technology no longer cost a fortune and so their full implementation is no longer a utopian dream. This new batch of cutting-edge robotic applications promises to be the flagship product of RoboBusiness, the industry trade fair to be held again in Santa Clara on 19 October this year. A truly world-class event expecting to attract over 500 exhibitors and roughly 20,000 visitors. From robot dog to android of infallible olfactory capabilities

During the most recent Mutua Madrid Open Tennis Tournament, Prosegur unveiled Yellow, a robot dog with amazing skills who formed an important piece of the tournament's security operations. Yellow is an autonomous mobile surveillance device capable of climbing stairs, carrying weight, opening doors and moving smoothly over uneven terrain, negotiating obstacles if necessary. The robot dog is an ambitious prototype, powered by next-generation artificial intelligence, but it is also part of this batch of multi-purpose devices revolutionising field robotics, i.e. the creation of robots that perform tasks in the field.

Perhaps one of the most refined is N.O.S.E., a quirky android developed by the University of Sydney's School of Biomedical Engineering. This robot is specialised in instantly assessing alcoholic beverages, a process hitherto carried out by highly specialised tasters (who, despite their skills and experience, can make mistakes) or by resorting to costly and complex chemical analysis. N.O.S.E. uses eight gas sensors for detecting odours with an array of olfactory signals that are analysed using a self-learning algorithm. Anyone who has seen it in action has found it to be astonishing: N.O.S.E. can tell a good whisky from a mediocre or adulterated whisky in a matter of seconds and with an unrelenting degree of precision. The android with the prodigious nose has also been used to detect the use in clandestine markets of organic remains from protected animals, such as the black rhino, whose horns are traded through underground markets in Africa.

For the time being, it is still a scientific prototype, but its developers claim that it is based on perfectly scalable and easy-to-implement technologies, so that in the medium term it could be put to commercial use by offering interested companies a very competent spirit taster.

Robotic waiters have already made the leap to full industrial usability. The year 2018 heralded the introduction of Penny, a hospitality assistant created in Silicon Valley by BearRobotics, who was employed by her creators as an intern in a Californian restaurant, waiting tables and serving dishes. Four years later, Penny's younger siblings are proliferating everywhere, especially in markets as porous to technological innovation as the United States, South Korea, Japan, Singapore and Malaysia.

Fast food chains are already opening fully or partially robotised franchises where orders are picked by advanced voice recognition systems and burgers and pizzas are served by androids with or without human supervision. Some of the most pioneering establishments include the Café X chain, whose premises at San Francisco airport are fully automated and even have a robot barista, a professional caffeine dispenser capable of serving up to ten customers at a time, serving them cappuccinos or lattes executed with good taste and surgical precision.

The agricultural industry is another sector where high-performance robotic labourers, such as those developed by the British company Robotrics, have been used extensively for some years now. These industrial harvesters integrate seamlessly with the human teams they assist and complement and, above all, carry out their tasks without destroying or wasting any of what they harvest, as they are equipped with highly precise and finely tuned components derived from the same technological base as surgeon robots.

The most popular product marketed by Robotrics are the Robotricks Traction Units (RTU), tireless harvesters, with a peculiar shape that reminds one of a brand new type of environmentally friendly vehicle. The startup's CEO, Jake Shaw-Sutton, a professor in Plymouth University's highly innovative Robotics Engineering department, notes that his units have a growing presence in geographic areas of southern England and Wales and have served to "alleviate a worrying labour shortage on farms across the country".

RTUs work both autonomously and remotely and incorporate artificial intelligence capabilities and three-dimensional surface mapping software. This spring, Fieldwork Robotics, another Plymouth University startup, began deploying its fleet of harvesting robots in Portugal, where they are taking on a considerable challenge: raspberry picking. The current models are capable of harvesting upwards of 25,000 berries a day, compared to the 15,000 harvested by the average human labourer, though the most exciting progress is their ability to pluck a fruit as fragile as the raspberry without damaging it.

The same applies to the HV-100 robots from Harvest Automation, which have been available since 2014 and have been undergoing constant technological development ever since. New models are becoming increasingly versatile and effective, equipped with connectivity and sensor systems that allow them, for example, to pick up large quantities of delicate flowers without damaging them. The arrival of these new models, which are able to combine overall productivity with attention to detail and high quality performance, explains the remarkable economic prospects of the robotic farming market today. An Astute Analytica study predicts that 2023 will be the year of the great qualitative leap in terms of global turnover in this sector, with an average annual growth of 21.2% until 2030. One more effect of the democratisation of fine-tuning robotics that is being talked about in global forums such as the Santa Clara technology fairs. Robots and humans are teamed up to tackle bank card fraud 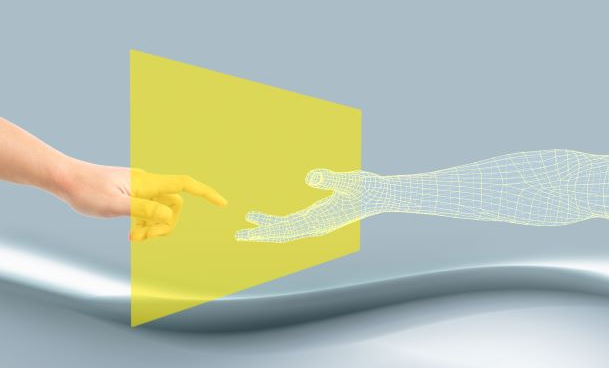 Why you should learn to use digital twins