Consolidated net income, including the costs associated with the listing of Prosegur Cash in the Spanish Stock Exchanges, was 40 million euros. 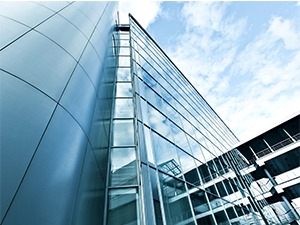 Madrid, 9 May, 2017 - Prosegur, a world renowned company in the private security sector, recorded a profit attributable to its activity of EUR 53 million in the first quarter of 2017. This figure represents an increase of 11.8% compared to the same period of the previous year. Taking into account the costs associated with the listing process for Prosegur Cash, the figure reaches EUR 40 million.

It should be noted that, following the listing of Prosegur Cash, Prosegur has reached the objectives set forth. A listed pure player in the cash management industry has been created, with the clear purpose of leading the international consolidation process that is expected to take place in the sector. In addition, the operation is already allowing for the promotion of Prosegur’s other lines of business, primarily aimed at the growth of customers in the area of Alarms and investment in new technologies for the rest of the group's businesses.

Sales for the first quarter of 2017 reached EUR 1,067 million, a growth of 19% compared to the first three months of 2016. For this period, it is notable that the organic growth of the three business lines reached 12.5% accompanied by a favourable exchange rate.

The good sales performance has been accompanied by a steady improvement in profitability. The EBITDA reached EUR 134 million compared to EUR 111 million in the first quarter of 2016.

Moreover, the EBIT has reported an important improvement of 21%, reaching up to EUR 102 million. This figures also represents a slight increase in the EBIT margin, from 9.4% to 9.5% in the first three months of the year. The company maintains its positive trend, even though the first three months of 2016 represented one of the best quarters in recent years. Also, the significant increase in EBIT, up 21%, represents an improvement which is homogeneous in all business lines, with the exception of Alarms, which is implementing a strong business expansion strategy. The EBIT margin, evolution is also positive, considering that the first quarter of 2016 was influenced by a non-recurrent seasonal effect. The margin improvement is due, therefore, not only to the indirect cost control measures but also to the change in the sales mix with the addition of new added value services that are gaining ever-increasing market acceptance.

Taking into account the costs associated with the listing process for Prosegur Cash, the EBITDA is at EUR 130 million, the EBIT at EUR 98 million and net income at EUR 40 million.

Prosegur Security increases the importance of its technology sales

In terms of the evolution of activity by business lines, the sales of Prosegur Security, surveillance and technology business unit, have registered a growth of 13% to EUR 418 million, excluding business in Brazil. Mainly all of this growth is organic, which strengthens the health of the business and sustainability at the time of this growth. In terms of profitability, the business unit’s EBIT, excluding Brazil, reached EUR 17 million, representing an increase of 21% compared to the first quarter of 2016. The EBIT margin has also continued to evolve positively, going from 3.9% to 4.1% in the current period.

The improvement of margins in Security operations is accompanied by a major boost in sales associated with technology services. In the case of Europe, these sales have grown nearly 60% compared to the first quarter of 2016. The development of a more sophisticated safety concept, which includes remote monitoring and the use of technology, is experiencing an ever-increasing market acceptance. This is also the case for Cybersecurity, which is reinforcing its structure and increasing its capabilities.

As reported in previous quarter, and with the intention of showing Prosegur Security business performance in Brazil with the utmost transparency, the company is reporting the area’s result in the country separately. Prosegur Security sales in the Brazil reached EUR 101 million in the first quarter of 2017. During this period, it has been possible to maintain the trend towards the recovery of margins, and it is expected that this will become more evident as the year progresses.

Prosegur Alarms growth policy is accompanied by an excellent performance for the rest of the business indicators. The sales force has thus grown, surpassing 1,700 sales representatives and has managed to maintain the same productivity ratio. The customer retention rate has also improved, staying just below 10%, which is the target set by the unit. Added to this is the increase in the sale of additional services such as vehicles alarms, tele-assistance or video services in the cloud. Finally, the revenue per user has also experienced an increase, reaching EUR 39 per month.

Prosegur Cash registered a growth of 25% in its sales, reaching EUR 487 million in the first three months of 2017. EBIT reached EUR 95 million, representing a growth of 26% compared to the same period for 2016, and the EBIT margin maintained its positive trend from 19.4% in the first quarter of 2016, to 19.5% in the current period.

The positive evolution of Prosegur Cash new services should be noted, as already comprise 8% of the unit’s total sales mix. In the first quarter of 2017, sales of new products have reached EUR 39 million, a growth of 56% versus the same period for the previous year, driven mainly by cash automation services and the added value outsourcing services.

The most relevant aspect of the period corresponds to the reduction of the net financial debt at EUR 695 million; this is explained almost entirely by the revenue generated by Prosegur Cash IPO. The total net financial debt thus has a negative position of EUR 17 million at the end of the first quarter. The leverage ratio is located at a very low level of 0.04 times Net Debt to EBITDA and the average cost of debt has remained stable. This situation gives Prosegur an excellent position from which to undertake both the inorganic and organic development plans that were announced during the Prosegur Cash IPO.

Lastly, it is worth mentioning the positive action of cash flow thanks to the structural improvements implemented. Operating cash flow incresead from EUR 18 million in the first quarter of 2016 to 24 million in the same period this year. This data implies an improvement of more than 200 basis points of the cash EBITDA conversion rate, reaching a conversion rate of 18.2% this quarter.