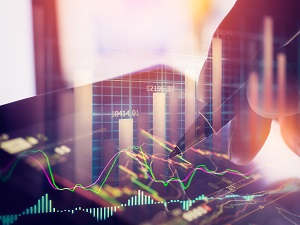 Madrid, 6th November 2018 – Prosegur reported a net profit of EUR 155 million for the first nine months of 2018 a 2.2% less compared to the same period of 2017. Despite various factors such as the strong deterioration of currencies or the Macroeconomic worsening in Ibero-America, the company has maintained stable net income and its activities have reported solid growth in local currency. The consolidated net profit reaches EUR 116 million in the period, which is 6.5% less than in 2017.

Considering the restructuring process implemented in 2017, net profit registered an increase of 6.6% and the consolidated net profit rose by 4.4%.

In the first nine months of 2018, Prosegur reported sales of EUR 2,829 million, with an organic growth of 8.1% that has mitigated partially the currency devaluation in the Ibero-American markets. Despite this, sales for first nine months represented 11.2% less compared to the same period of 2017.

The currencies devaluation, particularly in Argentina, has had a significant impact throughout the year, although it has been greater in the last quarter. Resulting that EBIT margin reported for the first nine months of 2018 has been placed at 7.9% from 8.8% in the same period of 2017. Net operating profit (EBIT) in the third quarter reached EUR 224 million, while in the first nine months of 2017 amounted to EUR 279 million. EBITDA reached EUR 332 million compared to EUR 374 million registered in the third quarter of 2017.

Despite the difficult environment and the application of IAS 21 and 29 following the declaration of Argentina as a hyperinflationary country, the company has maintained its capacity to continue generating cash. It has even improved its conversion of EBITDA into operating cash flow from 43% in 2017 to 48% in the first nine months of 2018. Showing the strength of the business and operational excellence in the markets in which Prosegur operates.

Prosegur Security, the surveillance and technology business line, reported revenues of EUR 1,425 million. The unit increased its turnover in local currency by 5.9%, although, due to the effect of the exchange rate, total sales in euros represented 8.7% less than in the first nine months of 2017.

The activity of the Security business has been boosted by the positive evolution of Spain and Portugal. While in Ibero-America, operations in Chile, Peru and Colombia have contributed positively. Regarding Brazil evolution, the company continues moving forward in the recovery of margins and in the optimization of its client portfolio.

Prosegur Security continues to deepen the transformation of its services through the integration of its capabilities in physical surveillance with the latest technology. Resulting that Integrated Security Solutions are already implemented in more than 30% of the customer portfolio and more than 50% if only global customers are considered.

In terms of profitability, the unit reported an EBIT of EUR 39 million, from EUR 43 million recorded in the first nine months of 2017. And the EBIT margin has remained stable at 2.7% in the period.

Prosegur Alarms, the division that specialises in alarms for homes and businesses, recorded sales of 186 million euros in the first nine months of 2018. This figure is like that for the same period of the previous year. Organic growth increased by 20%, evidencing the strength of the commercial model. The company has already reached 539,000 alarm connections, which represents a net growth of 14% in the total base with respect to the same period of 2017. ARPU remains stable at EUR 36.6 per month, evolving positively in local currency but affected by exchange rates in Ibero-America.

Regarding sales of New Products, Prosegur Cash has maintained its strong growth rate and already represent 11.5% of total turnover.

The group's net financial debt increased by EUR 67 million in the third quarter of 2018. The amount therefore stands at EUR 458 million, maintaining a low level of debt with a net financial debt to EBITDA ratio of 1. The company ensures an optimum financial position on which to sustain its M&A strategy, undertake the digital transformation of Prosegur Security activities and continue to promote the development of the Alarms business. Finally, Standard & Poor's confirmed Prosegur's rating as BBB with a stable outlook.