Revenue amounted to 2,620 million euros, excluding extraordinary results for the year, with positive organic growth despite the significant impact of COVID-19. However, turnover fell 15.4% due to the negative exchange rate impact. 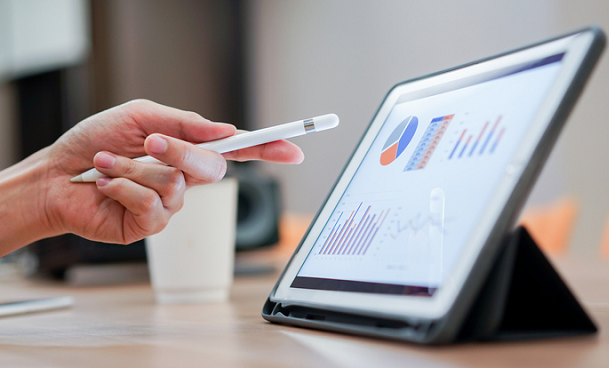 Madrid, 5 November 2020.- Prosegur reported sales of 2,620 million euros for the first nine months of 2020, down by 15.4% year-on-year. This figure already accounts for the deconsolidation of the sale of the Security business in France, which was completed on October 1, and the Alarms business in Spain, which is now operated with Telefónica through the Movistar Prosegur Alarms company.

As in previous quarters, operations continue to report slight organic growth of 0.7%, illustrating the resilience of the business in the context of the pandemic. However, the exchange rate again had a negative impact on turnover.

Reported EBITA amounts to 176 million euros for the first nine months of the year, down 29.2%. The EBITA margin is 6.7%. Excluding the efficiency plans implemented at Prosegur Cash, EBITA stands at 201 million euros with an EBITA margin of 7.7%. Consequently, the recurring EBITA Margin is close to the level in the same period of 2019.

Prosegur earned a net profit of 55 million euros in the first nine months of 2020, down by 52.9%. Consolidated net profit, discounting minority interests, was 45 million euros, down by 45.6%. As already indicated in the first quarter, pursuant to the accounting standards (IFRS10.25), Prosegur must record the non-recurring and extraordinary impact of the sale of 50% of its Alarms business in Spain to Telefónica last February. Therefore, and mainly due to this transaction, Prosegur is required to post consolidated net income for the period of 337.1 million euros. The transaction with the telecommunications company has had no effect on Prosegur's cash flow as the payment was made in full in the buyer's shares.

In terms of the financial position, Prosegur continues to improve its generation of operating cash, boosted by the efficiency in collections and the containment of spending. Thus, the operating cash flow reached 209 million euros and represents an EBITDA cash conversion rate of 80.2%, after normalising the impact of IAS 16.

Finally, the group's net financial debt has increased slightly due to the repurchase programme for its own shares, the disposal in France and the temporary worsening of the result. Thus, the amount stands at 920 million euros at the end of the third quarter of 2020, excluding the impact of IAS 16. The ratio of net financial debt to EBITDA stands at 2.3, while the average cost of corporate debt has fallen further to 1.13%.

Finally, it should be noted that Prosegur reconfirmed its BBB rating with a stable outlook from Standard & Poor's in October.

As for the progress of activity by business lines:

Prosegur Security, the manned guarding and technology business, reported sales of 1,318 million euros, 15.3% down on the same period last year. This figure excludes the turnover of the cybersecurity business and activity in France, the sale of which was completed on 1 October. The activity of this unit has been affected by the overall slowdown in all the economies of the markets in which it operates. Nevertheless, in Spain and Brazil a recovery in volumes is underway, with improvements in profitability.

In terms of the sales of integrated security solutions, their penetration continues to increase and they now account for 34% of sales. In this sense, it is worth noting the strong demand for safety solutions that favour the implementation of these security solutions at customers.

In relation to the profitability of operations, there has been a slight improvement in margins as a result of the adjustment of operating costs and the increase in revenue from higher value-added services. As a result, Prosegur Security has reported an EBITA of 41 million euros, up 0.4% compared with the first nine months of 2019. The EBITA margin has advanced from 2.6% to 3.1% over the period.

Prosegur Alarms, the residential and business alarm unit, reported sales of 151 million in the first nine months of 2020. This figure is 26.3% down on the same period last year. The reduction in turnover is mainly due to the deconsolidation of Spain and the negative exchange rate in Latin America. In any event, the unit reported organic growth of more than 13%, despite the persistent closure of shops in several regions.

Prosegur Cash, the cash-in-transit subsidiary, reported sales of 1,140 million euros in the first nine months of 2020, down by 14.8% compared with the same period last year. Billing in local currency (including organic and inorganic billing) has performed well again, growing by 1.3%, despite the lower level of activity as a result of COVID-19. However, currencies, especially in emerging markets, have continued to perform poorly. Moreover, sales of New Products account for 18.2% of revenue in the period and continue to show strong resistance to the pandemic.

Prosegur Cash's EBITA in the first nine months of the year, which amounted to 133 million euros and a margin of 11.6%, includes the cost of implementing the efficiency plans launched during the second quarter of the year.