New products continue to grow at a high rate and already represent 24.9% of Security sales and 15.0% of Cash sales 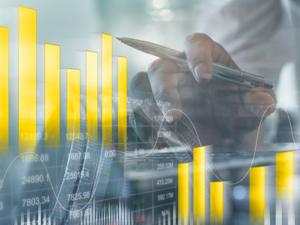 Madrid, 8 May 2019.- Prosegur has recorded a net profit of EUR 30 million for the first quarter of 2019. This figure represents a decrease of 51.8% compared to the first three months of 2018. The consolidated net income, discounting minority interests, was EUR 22 million, down 52.6%.

Sales of the group reached EUR 993 million in the first quarter of 2019, which represents 1.5% less. During this period, the company has continued its positive trend in growth in local currency operations, which progressed by 12.6%. The translation effect of Latin American currencies continued to have a negative impact, which totalled 14.1%.

In terms of the profitability of the group’s operations, the group is still experiencing an impacted from the combined effect the exchange rate and of the application of IAS 21 and 29 accounting standards, after Argentina was declared as a hyper-inflationary economy. Consequently, EBITDA reported in the first quarter of 2019 was EUR 116 million, 13.1% less; while EBIT reached EUR 67 million, 32.4% less. As a result, the EBIT margin dropped from 9.9% in the first quarter of 2018 to 6.8% in the current period.

Prosegur has maintained the positive trend in operating cash flow generation reaching EUR 40 million in the first quarter representing an EBITDA conversion rate of 34.5%. These figures show the capability of Prosegur’s business model and its financial discipline to generate cash even in the most unfavourable macro conditions. Cash generation is not affected by the new accounting standards implemented is the best demonstration of the robustness of performance in each market that shows stable dynamics and indicators of positive evolution.

Prosegur Security, the surveillance and technology business unit, reported sales of EUR 493 million. Organic growth of Security operations showed a significant increase of 5.3%, adding the positive contribution of 4.1% corresponding to sales in the USA market.

As in previous quarters, Spain’s operations continue to lead in terms of growth of the unit. At the same time and overall, integrated security solutions continue to increase market penetration to represent 24.9% of Prosegur Security sales.

Although margins have recovered in local currency, profitability has been affected by the impact of accounting standards due to hyperinflation. EBIT reached EUR 11 million, down by 20% on the first quarter of 2018. EBIT margin fell from 2.8% to 2.2% during the period.

Prosegur Alarms, the alarms unit for homes and businesses, recorded sales of EUR 68 million for the first quarter of 2019. This figure represents an increase of 5.4%, while in local currency it remains within the 20% range. Prosegur Alarms maintains its growth dynamics already surpass 552,000 connections, an increase of 8% from the first quarter of 2018. Prosegur Alarms continues to advance its customer portfolio qualification measures and already has a client bancarisation level of 83.6% of new customers.

Prosegur Cash, the cash-in-transit and cash management unit, reached EUR 432 million in sales during the first three months of 2019, which is 3.9% down compared to the first quarter of 2018. The company recorded a growth in local currency of 15.0% for its overall business activities, which have also been affected by the strong currency devaluation.

EBIT reached EUR 61 million, which translates to an EBIT margin of 14.2% in the period.

Finally, in the first three months of 2019, the net financial debt of the group increased by EUR 156 million compared to the close of 2018, excluding the impact from the application of IAS 16 and primarily deriving from operations of inorganic growth. Prosegur still showing financial solidness with a net financial debt to EBITDA ratio of 1.6%.