Decarbonising ten years ahead of the Paris Agreement 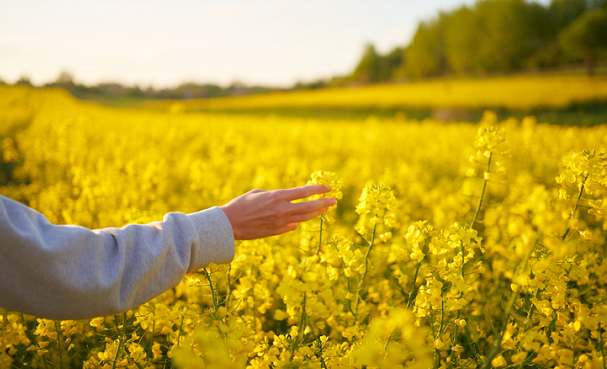 When he woke up, climate change was still there. Augusto Monterroso's famous fable could be used as a metaphor for the climate situation today. We are beginning to see some light at the end of the pandemic tunnel and with the promise of a certain degree of normality, the challenges that were put on hold due to force majeure are back again. Global warming, above all others.

The UN Secretary-General António Guterres issued, once again, a stark warning when the latest, devastating report of the United Nations Framework Convention on Climate Change was published at the end of February. His conclusion is straightforward: we are moving too slowly. Decarbonisation of the economy must be accelerated to slow down global warming. Although more than 190 countries have signed up to the Paris Agreement, there is a long way to go between signing the documents and meeting its emission reduction targets in the real world. "We need to take decisions that accelerate and scale up climate action around the world, now," said Patricia Espinosa, executive secretary of the UNFCCC.

The larger concept of sustainability

No ally is too small in the greatest challenge civilisation has ever faced. Businesses, governments and institutions play a key role, and an increasing number of organisations are taking on climate responsibility. Some of them are going beyond the goals established in the Paris Agreement. Prosegur is one of them. Its new Sustainability Master Plan understands this concept in a broad sense: environmental, but also social, economic and governance sustainability, in line with the Sustainable Development Goals (SDGs) promoted by the United Nations.

This new Plan sets out 63 initiatives with a direct impact on 10 of the 17 SDGs. Given that the top priority is to decarbonise, the company has launched a drastic emissions reduction plan to achieve carbon neutrality not by 2050 - the date set by the Paris Agreement as the global target - but a decade earlier. The scope of the initiative is global, like the business activities of the company.

The lungs of the planet

In a first phase the objective is to neutralise the emissions generated by the company in Europe. A waste management macro-project in Rio de Janeiro, which has already prevented the emission of more than 2.5 million tonnes of CO2, will offset the emissions of all of the company's activities in Europe. Based on this experience, the objective is to extend the carbon footprint offsetting programme to the rest of the regions where the company operates, starting with Asia-Pacific and then Latin America.

According to Antonio Rubio, the company's General Secretary, "the choice of Brazil is not at all accidental. It is one of the most important markets for Prosegur and also one of the enclaves with the richest biodiversity in the world. We are convinced that making the world a safer place also means making the world a more sustainable place". This is a pioneering programme, in terms of scale and objectives, within the global private security sector. In addition to this programme, Prosegur is undertaking other initiatives such as a 10% reduction in emissions by 2020, the progressive replacement of the vehicle fleet with hybrid and electric vehicles or ensure that 100% of energy used in Spain is sourced from renewable sources.

In this emergency context, the most important fact to consider is each and every gram of CO2 that has not been dumped into the atmosphere, but the symbolic value of going beyond the limit also counts, even if there is no legal obligation for doing so. It is also seen as a pull factor for other companies, as well as a response to social expectations regarding the responsibility of private initiatives.

More ambition (to save ourselves)

"All actors need to aim higher and raise their level of ambition with clear, concrete and measurable commitments and measures to help us achieve the goals that have been established. Businesses play a key role in changing production and consumption systems to reduce the use of natural resources and protect the climate, mobilise investments for climate action, raise awareness among citizens and other stakeholders, and achieve a just transition to decarbonization” says Cristina Sánchez, executive director of the United Nations Global Compact Spain, the organisation that brings together the companies with the strongest commitment to reduce emissions around the world, Prosegur being one of them.

According to the organisation, in 2019 this commitment increased from 65% to 75% among Spanish companies adhering to the Global Compact. “I personally believe that this is just the beginning. I am convinced that in the coming years we will see a radical change towards much more sustainable and environmentally friendly business models, because, in fact, they are the only ones that will be able to survive in the future," says Cristina Sánchez.