Smart cameras: your eyes and ears when you're away from home 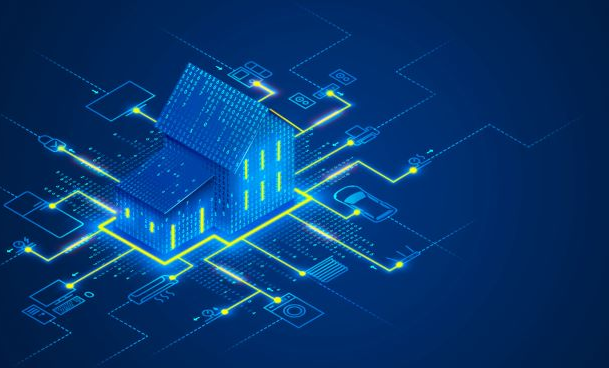 March–April 2020. The COVID health crisis confined thousands of citizens worldwide in their homes. During those weeks, strange things began to happen in a number of households in Spain. Babies were crying incessantly for hours in some, others were engulfed by continuous sounds of breaking glass, and still others in sirens. Yet rest assured, everything happens discreetly, without disturbing the neighbours. There is a common link to all these strange and disturbing noises: There are Prosegur employees living in all these houses, specifically from the innovation team.

All of them are running a software program that works on the symbiosis between human intelligence and artificial intelligence (AI) to care for hundreds of thousands of families. In their homes, they were training algorithms with audio samples and images from Internet videos. New intelligent cameras integrated into Prosegur's alarm system are the result of this R&D study, pioneers in artificial intelligence capabilities: GenzAI Home. One example of technology guided and perfected by the human factor.

Regular cameras can identify movement or record 24x7, but if anything noteworthy happens, you have to review all the footage to see it, well after the fact. However, this new smart generation "lets customers know exactly what is going on in their homes when they are away and instantly. It is a leap in the customer's personalised experience, their peace of mind, their information and a very valuable support for their security", explains Nera González, Innovation manager at Prosegur.

AI analyses images and audios to differentiate people from pets and recognise pre-selected sounds with full intent: different types of baby cries, barking, broken glass and alarms or sirens. When cameras and microphones record any of these events, they automatically and immediately send that short video or cut to the user so that they know what is happening in real time.

For the first time, customers have end-to-end control centralised in a mobile app. You can configure which videos, audios and events you receive at any given time. Activated pet recognition or people recognition to check that your child has returned from school or who is at home. If you connect bark identification when night falls and dogs are loose outside, or glass identification to find out if a window has been broken or if it was just a glass. If the baby wakes up and cries in another room. Or you can simply take a look at the cameras to check if the elderly are well.

With siren recognition, GenzAI Home warns if, for example, the fire siren goes off when the alarm panel is inadvertently switched off. However, such forgetfulness will become less and less frequent: the general alarm system has also been strengthened with AI, it learns usage patterns and reminds you that you have not armed it now, at 11 pm as you always do.

The technicians have applied all their knowledge in alarms, automation, internet of things, AI and sensors, but also their own empathy as users, children or parents to adjust the functions to real life. In those curious scenes in March 2020 where algorithms were trained with extreme situations to pinpoint their limits and overcome them, children from many households were also involved. One of Nera's daughters, for example, came up with the idea of dressing up as a cat to try to fool people recognition function. At Prosegur Alarms Product Team member David Moreno's house, the system had to deal with a real cat: "I was travelling, I got the alerts and was able to call a neighbour to save two birds he was raising". Human reasoning makes artificial intelligence smarter.

This human-machine relationship runs even deeper: GenzAI Home is the result of a concerted effort, the fruit of intense collaboration between the business, commercial, cybersecurity and legal areas with a view to complying with data protection regulations. "We have followed the Responsible AI Guidelines to ensure privacy and that only customers have access to the videos", explains Nera Gonzalez.

They not only co-created the service, they continue to do so. During the testing phase, several groups of typical users helped in defining functions, events and even the intuitive app configuration. "I don't want to receive a notification telling me the dogs are home". "I want direct communication with remote assistance technicians" …

After the service was launched in September, Innovation received feedback from thousands of people who helped refine the service. Like human learning, artificial learning never stops.

In less than three months, GenzAI Home had already registered more than 10,000 customers in Spain. The Alarms app had a 38% increase in usage while the video function increased by 80%. It will soon be rolling out in additional markets.

Scalability is another technological challenge. Approximately 500 new customers download the app from the cloud every day seamlessly. It also features functions such as notification history with filters, customer support and direct connection to the remote repair service.

These smart cameras buttress Prosegur's 360º alarm and security system with video and audio providing useful information to other services such as Acuda, for motorised dispatch of a home security guard.