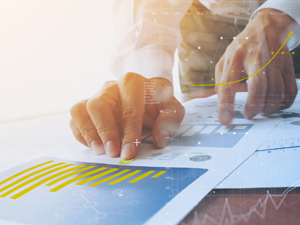 Madrid, 30 July 2019 – The Group’s sales in the first six months of the year continued the positive trend in the growth of local currency transactions, which increased by 14.0%. The negative influence of the translational effect of Latin American currencies, which for the group as a whole subtracted 11.8%, meant that revenues in euros stood at €2,055 million, 2.2% more than in the first half of 2018.

The profitability of the group’s operations is still influenced by the combined effect of the exchange rate and of the application of IAS 21 and 29 accounting standards, after Argentina was declared as a hyper-inflationary economy. As a result, EBITDA reported in the first half of 2019 was €247 million, down 1.6%, and EBIT reached €145 million, down 19.9%. As a result, the EBIT margin fell from 9.0% in the first half of 2018 to 7.0% in the current period.

In spite of this, profitability in terms of local currency remained unchanged and was also positively impacted in this quarter by the divestments in the Cash businesses in South Africa and Alarms in India.

Prosegur thus recorded a net profit of €71 million for the first half-year of 2019. This figure represents a decrease of 36.8% compared to the first six months of 2018. The consolidated net income, discounting minority interests, was €48 million, down 40.1%.

On the other hand, the company has achieved constant improvement in operating cash flow generation, which reached €98 million in the first half, improving the EBITDA-to-cash conversion ratio to 39.9%. These figures, along with the group’s financial discipline, demonstrate the ability of Prosegur’s business model to continue to generate cash even in the most unfavourable macroeconomic conditions. Cash generation is not affected by the accounting standards implemented, so it is the best indicator to observe the dynamics and indicators of positive evolution of each business.

Prosegur Security, the surveillance and technology business unit, has recorded sales of €1,027 million. Turnover in local currency for this unit showed growth of close to 11%. The entry into the United States, which has made a positive contribution of 7%, is noteworthy. It should be noted that sales of integrated security solutions continued to increase penetration and have now reached 26.2% of Prosegur Seguridad’s customer portfolio.

The profitability of operations is affected by the effect of hyperinflation accounting standards and the integration costs of acquisitions in the North American market. EBIT reached €20 million, 21.7% less than in the first half of 2018, bringing the EBIT margin to 1.9% in the period.

Prosegur Alarms, the division that specialises in alarms for homes and businesses, recorded sales of 140 million for the first half-year of 2019. This figure represents an increase of 6.1%, which in local currency reaches 18.9%. Prosegur Alarms has extended its growth dynamics, and has already surpassed 555,000 connections, an increase of 5.1% compared to the first half of 2018. Prosegur Alarms continues to make progress in the implementation of qualification measures for its portfolio and already has client bancarisation penetration of 83.5% in new customers.

Prosegur Cash, the Cash-in-Transit unit, obtained €888 million in sales during the first six months of 2019, which is 0.6% more than in the first half of 2018. In local currency, the company recorded growth of close to 17% for all its operations, which were also affected by the sharp devaluation of currencies. As for the sales of new services, they have continued to show a strong growth rate, and this now represents 15.9% of total sales. EBIT reached €137 million, which translates into an EBIT margin of 15.4% in the period.

Finally, in the first six months of 2019, the net financial debt of the group increased by €169 million compared to the end of 2018, excluding the impact from the application of IAS 16 and primarily deriving from inorganic growth operations. With regard to the level of indebtedness, the group continues to maintain a strong financial soundness, with a ratio of net financial debt to EBITDA of 1.6 times. It also reduced the average cost of financing with respect to the same period in 2018, from 1.80% to 1.41%.