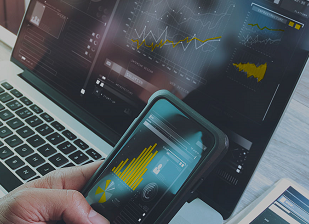 Madrid, 31 October, 2019.– Prosegur’s sales for the first nine months of the year continued to follow a positive trend. In local currency (including organic and inorganic growth), operations showed a growth rate of almost 15%. Sales in euros amounted to 3,098 million, up 9.5% on the same period in 2018. This sales progression has been supported by strong organic growth, contributions from acquisitions and the removal of comparable negative effect due to the application of IAS accounting standards 21 and 29.

It is worth noting that Prosegur is operating in a complex macroeconomic environment. Despite the additional depreciation of the major currencies in which the group operates and the cost of integrating the acquisitions made, the positive performance of the business allowed protecting profitability levels over the period.

The company has been constantly improving its operating cash flow generation, which totalled EUR 184 million in the period, improving the EBITDA-to-cash conversion ratio to approximately 50%. These figures, which are a consequence of the group’s financial discipline, attest to the cash generating capacity of Prosegur’s business model.

The group’s net financial debt in the first nine months of 2019 showed an increase of EUR 178 million compared to the end of 2018 (excluding the impact from the application of IAS 16) primarily as a result of inorganic growth in its operations. With regard to the level of indebtedness, the group remains in a strong financial position, with a net financial debt to EBITDA ratio of 1.5x. The average cost of financing also saw a reduction compared to the same period in 2018, from 1.7% to 1.4%. In October, Prosegur obtained confirmation of its Standard & Poor’s BBB rating and a stable outlook.

How the business has evolved, broken down by business line:

Prosegur Security, the surveillance and technology business unit, increased its sales by 9.1% to EUR 1.555 billion. As in previous quarters, sales in local currency for this unit continued to improve, with growth levels of more than 12%. In this regard, the positive contribution from the company’s US operations is of particular note. Furthermore, sales of integrated security solutions continued to show increased penetration, having now risen to 27.2% of Prosegur Seguridad's client portfolio, with the Spanish market leading the growth in this area.

Operational profitability continues to be negatively impacted by the effect of hyperinflation accounting standards, the cost of integrating the acquisitions made and the restructuring carried out in France. EBIT amounted to EUR 34 million, 12.5% lower than in the first nine months of 2018, bringing EBIT margin to 2.2% in the period.

Prosegur Alarms, the division that specialises in alarms for homes and businesses, recorded sales of EUR 205 million for the first nine months of 2019. This figure represents a rise of 10.3% compared to the same period in 2018, which in local currency amounted to an increase of 16%. Prosegur Alarms continued its growth rhythm, having already made 559,000 connections, which represents an increase of 3.6% in the total connection base, compared to the first nine months of 2018. Prosegur Alarms’ growth strategy continues to focus on the quality of the client portfolio.

It is worth bearing in mind that last September, Prosegur announced a strategic partnership with Telefónica, which is set to open up a new phase in the Alarms business in Spain. This partnership move, still pending approval by the relevant authorities, will be an opportunity to accelerate the development of the alarm business in Spain, expanding the residential and business security services offered by creating innovative solutions for its clients.

Prosegur Cash, the logistics business unit for valuables and cash management, reported EUR 1.337 billion in sales during the first nine months of 2019, up 9.8% on same period in 2018. In local currency, the company maintained a growth rate of 18%, reporting and improvement in all its markets, with the only exception being Australia. New Product sales continued to show strong growth, up 52% on the same period last year and already accounting for 16% of Prosegur Cash’s total sales. EBIT amounted to EUR 213 million euros, up 7.3% on the first nine months of 2018, with EBIT margin of 15.9% in the period. All of this is evidence of the strong resilience of the Prosegur Cash business despite any type of market conditions.