Sales growth of more than 6 percent and improved operating margins. 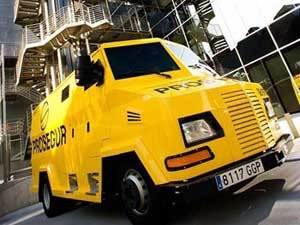 Prosegur´s turnover reached €2.187 million in 2009, compared to 2,051.7 million in the same period last year, representing an increase of 6.6 percent. This increase reflects the solid organic growth of the Company, which amounted to 3.7 percent, without considering the effects of the exchange rate.

EBIT, or earnings before interest and taxes, were €234 million. Consolidated Net Income of the Company amounted to € 150.1 million representing a growth of 18.2 percent with regards the same period in 2008.

In terms of EBIT margin, the consolidated margin in this period was 10.7 percent, as opposed to 10 percent in the same period of the previous year.

By geographic area, the business in Europe has achieved a turnover of 1,161.8 million representing a decline of 2.9 percent. Meanwhile, Latin America has experienced a double-figure growth of 19.7 per cent reaching €891million.