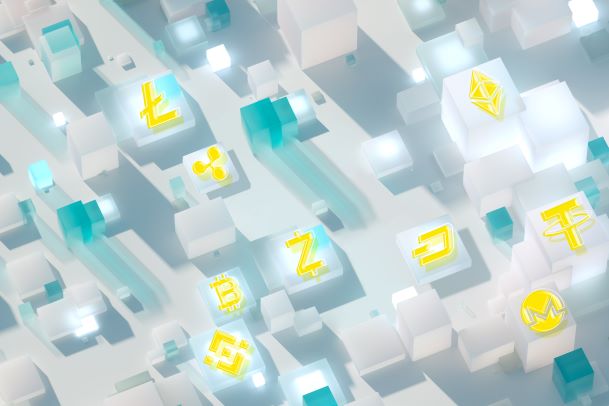 Crypto assets, with bitcoin at the forefront, are coming of age. After being looked down upon by financial institutions, from regulators to large banking references, for many years, the environment has gradually become less hostile to this type of financial asset, which circulates on blockchain without the control of a central authority.

This change in attitude is already having some practical consequences. For example, Bank of America, the second largest bank in the world by stock market value after JP Morgan, last year launched a team specialising in crypto assets, a market that is already moving more than two trillion dollars and has more than 200 million users, according to its own data.

"Bitcoin is important, but this ecosystem is much larger. We want to explore its implications in industries such as finance, technology, logistics chains, social media and video games," said Alkesh Shah, Global Crypto and Digital Asset Strategist at Bank of America.

The financial industry's interest indeed goes far beyond the volatile and very risky bitcoin, without disregarding the importance of an asset that, at the end of October, has a value of more than 1.2 trillion dollars, about double the entire Ibex 35. But the list of possible new opportunities provided by digital assets is a long one: there are other cryptocurrencies with potential, such as Ethereum, so-called 'stablecoins' (i.e. cryptocurrencies referenced, to different extents, to traditional financial assets), business applications that are executed via 'smart contracts' in blockchain, 'tokens' for collectors or fans of a football team... "We are just at the beginning of the biggest change in thirty years in the applications of most industries," says another Bank of America report from this autumn.

Search for a legal framework

Regulation is, indeed, the great obstacle encountered by cryptocurrencies in their development. Both the United States and the European Union are working to define a clear legal framework for these digital assets, which affect something as systemic as finance and could be used for criminal activities. China, for its part, has chosen, in line with its political regime, to outlaw transactions using cryptocurrencies, since they represent a loss of control on the part of the monetary authorities.

At the same time, China is accelerating its own alternative. Beijing appears to have taken the lead over the US Federal Reserve and the European Central Bank in launching the electronic version of its Fiat currency. The first tests with the e-yuan could be run in February 2022, coinciding with the Winter Olympics in Beijing, while the e-dollar and e-euro projects are not so advanced.

These official electronic alternatives try to adopt the best of the cryptocurrency world by maintaining control of monetary policy, essential for macroeconomic stability, and avoiding financial fraud and tax evasion schemes. The money establishment knows that it can no longer disdain the importance of digital assets and is responding to that. Will it be enough?