The value of the investment, including the debt of the acquired company, amounted to 95 million euros 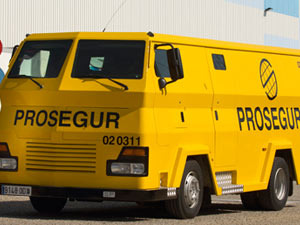 Prosegur has acquired Chubb Security Services in Australia, a company specializing in the cash logistics and ATMs’ operation and servicing sector. The total value of this investment, which will allow Prosegur to strengthen its presence in the Asian-Pacific region, is approximately 95 million euros, including the debt of the acquired company.

The company is the second actor offering cash in transit services in the country. With 26 branches throughout Australia and a workforce close to 1,000 employees, it provides services mainly to the banking and distribution sectors and has achieved over the last twelve months, estimated sales of 88 million euros. With this operation Prosegur, which occupies a worldwide position of reference in the Cash in Transit and has a fleet of over 4,700 armored vehicles, strengthens its business.

This acquisition represents a further step in the internationalization strategy of the Company, committed to position itself in key markets such as Brazil, Germany, China, India and Singapore, which have focused its recent acquisitions.

In the last years, Prosegur has consolidated its leadership position in the countries where it operates through a strategy based on organic and inorganic growth. The company, now present in 17 countries on 4 continents, aims to be a benchmark in each of these markets through integrated security solutions.

For this transaction, Prosegur has entered into a medium term syndicated loan agreement of 46 million euros.

During the acquisition, Prosegur received legal and financial - financial, labor and tax due diligence advice from Gilbert and Tobin and KPMG, respectively. Meanwhile, firms King Wood Mallesons (KWM) and Miles Advisory Partners acted as legal and financial advisors to the seller.