Cartel office's conditions precedent for the region of Berlin met 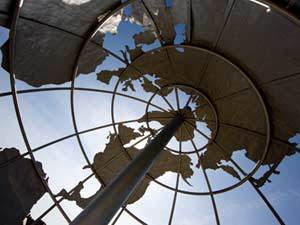 Prosegur has taken over the cash and valuables in transit business of Brink’s in Germany. After the German cartel office approved the takeover conditionally on 19 July 2013, Prosegur and Brink’s together were able to remove the authority’s anti-trust concerns for the region of Berlin. The conditions precedent stipulated that Prosegur and Brink’s had to relinquish a portion of their sales to competitors in the region of Berlin. These structural obligations were successfully complied with. With the closing of the transaction the takeover was officially completed.

With this move, Prosegur continues to strengthen its national network. As part of the takeover, the newly acquired Brink’s branches will be combined with those of Prosegur, which will lead to more efficient processes and benefit clients as a result. With that, the company lays the foundation for continued stable growth. “We are delighted that our joint efforts with Brink’s over the past months enabled us to comply with the structural obligations imposed by the German cartel office. The takeover of the cash and valuables in transit services from Brink’s will sustainably strengthen our business in Germany”, says Dr Lothar Thoma, CEO of Prosegur in Germany.

Prosegur will integrate the operating business of Brink’s German cash and valuables in transit business without delay and further drive its development under one roof.